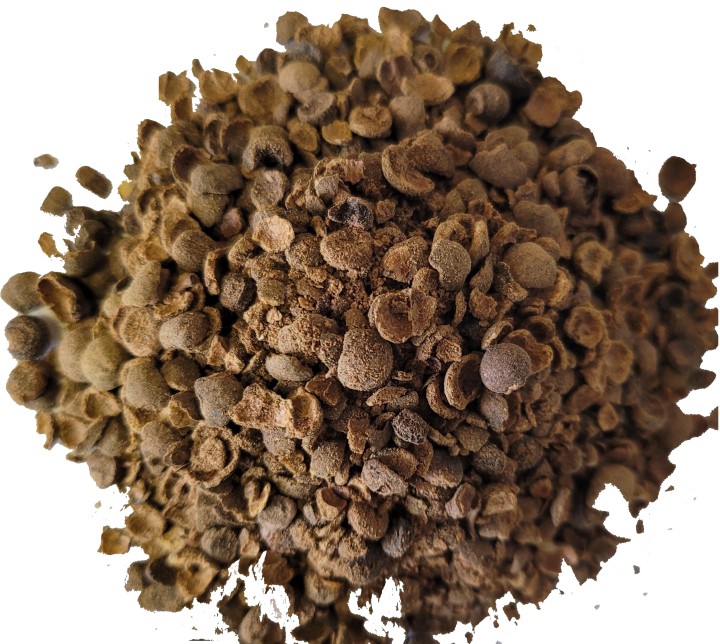 Allspice, also called pimenta, Jamaica pimenta, or myrtle pepper is the dried unripe fruit (berries, used as a spice) of Pimenta dioica, a midcanopy tree native to the Greater Antilles, southern Mexico, and Central America, now cultivated in many warm parts of the world. The name "allspice" was coined as early as 1621 by the English, who thought it combined the flavour of cinnamon, nutmeg, and cloves.

Allspice is one of the most important ingredients of Caribbean cuisine. It is used in Caribbean jerk seasoning (the wood is used to smoke jerk in Jamaica, although the spice is a good substitute), in moles, and in pickling; it is also an ingredient in commercial sausage preparations and curry powders. Allspice is also indispensable in Middle Eastern cuisine, particularly in the Levant, where it is used to flavour a variety of stews and meat dishes. In Arab cuisine, for example, many main dishes call for allspice as the sole spice added for flavouring.

In the United States, it is used mostly in desserts, but it is also responsible for giving Cincinnati-style chili its distinctive aroma and flavor. Allspice is commonly used in Great Britain, and appears in many dishes, including cakes. Even in many countries where allspice is not very popular in the household, as in Germany, it is used in large amounts by commercial sausage makers. In the West Indies, an allspice liqueur is produced under the name "pimento dram" due to conflation of pimenta and pimento.