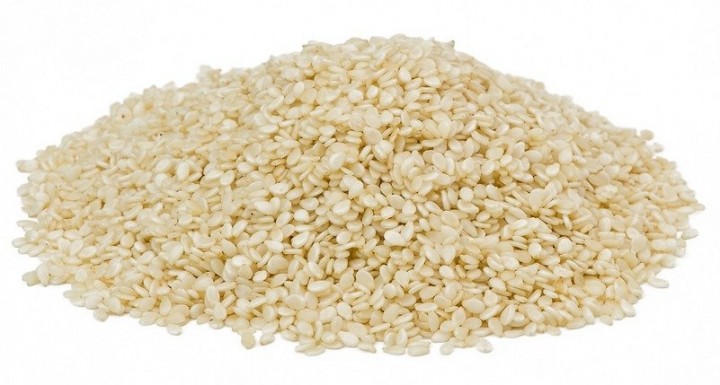 Sesame (Sesamum indicum) is a flowering plant in the genus Sesamum, also called benne. Sesame seed is a common ingredient in various cuisines. It is used whole in cooking for its rich, nutty flavour.

In Asia, sesame seeds are sprinkled onto some sushi-style foods. In Japan, whole seeds are found in many salads and baked snacks,