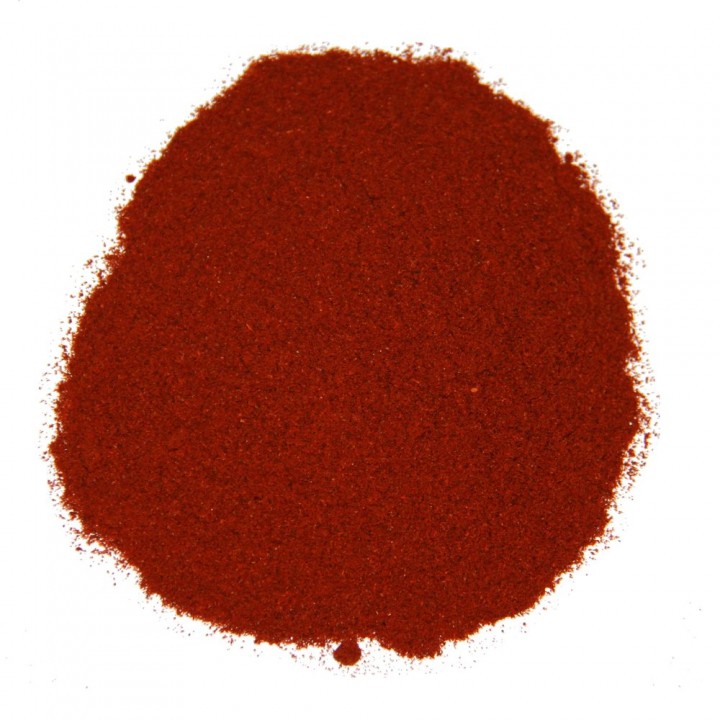 Paprika is a ground spice made from red air-dried fruits of the larger and sweeter varieties of the plant Capsicum annuum, called bell pepper or sweet pepper

Paprika is used as an ingredient in numerous dishes throughout the world. It is principally used to season and color rices, stews, and soups, such as goulash, and in the preparation of sausages, mixed with meats and other spices. In the United States, paprika is frequently sprinkled raw on foods as a garnish, but the flavor is more effectively brought out by heating it in oil.

Hungarian national dishes incorporating paprika include gulyas (goulash), a meat stew, and paprikash (paprika gravy: a Hungarian recipe combining meat or chicken, broth, paprika, and sour cream). In Moroccan cuisine, paprika (tahmira) is usually augmented by the addition of a small amount of olive oil blended into it.,