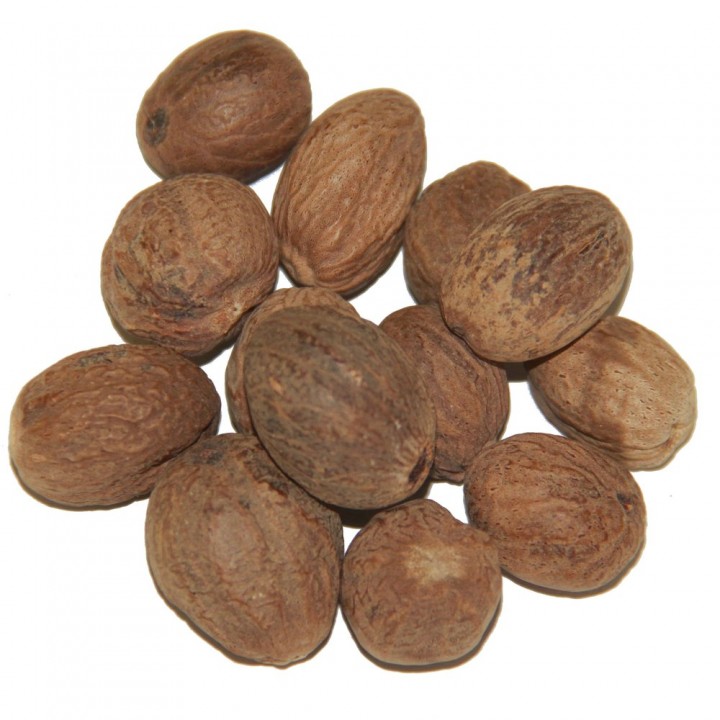 Nutmeg refers to the seed or ground spice of several species of the Myristica genus.

In traditional European cuisine, nutmeg and mace are used especially in potato dishes and in processed meat products; they are also used in soups, sauces, and baked goods. It is also commonly used in rice pudding. In Dutch cuisine, nutmeg is added to vegetables such as Brussels sprouts, cauliflower, and string beans. Nutmeg is a traditional ingredient in mulled cider, mulled wine, and eggnog. In Scotland, mace and nutmeg are usually both ingredients in haggis. In Italian cuisine, nutmeg is used as part of the stuffing for many regional meat-filled dumplings like tortellini, as well as for the traditional meatloaf. Nutmeg is a common spice for pumpkin pie and in recipes for other winter squashes such as baked acorn squash. In the Caribbean, nutmeg is often used in drinks such as the Bushwacker, Painkiller, and Barbados rum punch. Typically, it is a sprinkle on the top of the drink.