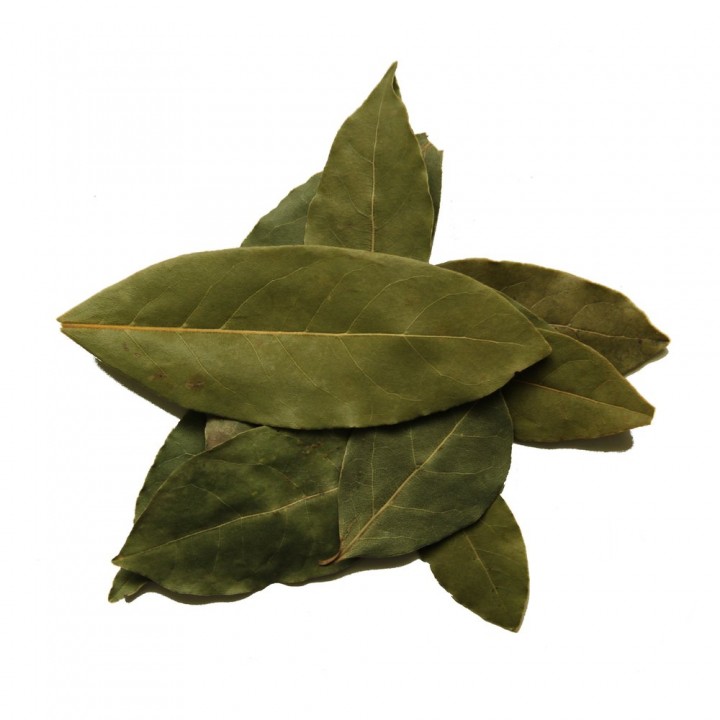 If eaten whole, bay leaves (Laurus nobilis) are pungent and have a sharp, bitter taste. As with many spices and flavorings, the fragrance of the bay leaf is more noticeable than its taste. When dried, the fragrance is herbal, slightly floral, and somewhat similar to oregano and thyme.

Bay leaves were used for flavoring by the ancient Greeks. They are a fixture in the cooking of many European cuisines (particularly those of the Mediterranean), as well as in the Americas. They are used in soups, stews, meat, seafood, vegetable dishes, and sauces. The leaves also flavor many classic French dishes. The leaves are most often used whole (sometimes in a bouquet garni) and removed before serving (they can be abrasive in the digestive tract). Thai and Laotian cuisine employs bay leaf (Thai name bai kra wan) in a few Arab-influenced dishes, notably massaman curry.

Bay leaves can also be crushed or ground before cooking. Crushed bay leaves impart more fragrance than whole leaves, but are more difficult to remove, and thus they are often used in a muslin bag or tea infuser. Ground bay laurel may be substituted for whole leaves, and does not need to be removed, but it is much stronger.

In Indian and Pakistani cuisine, bay laurel leaves are sometimes used in place of Indian bay leaf, although they have a different flavor. They are most often used in rice dishes like biryani and as an ingredient in garam masala. Bay (laurel) leaves are frequently packaged as tejpatta (the Hindi term for Indian bay leaf), creating confusion between the two herbs.