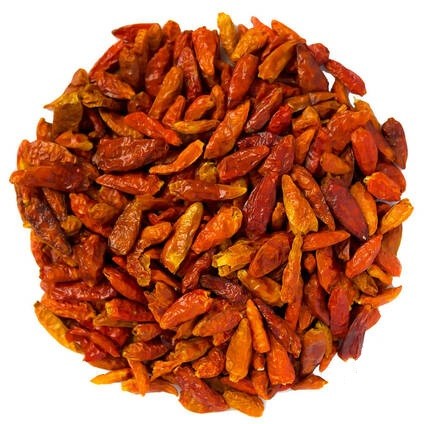 Add To Cart
"Bird's Eye" is a subspecies of hot capsicum (chili). It is also called "small pepper", "table pepper". Bird's eye pepper has a pungent taste and a faint peppery odor. This chili is much more pungent than the usual chili pepper.
As a whole, it is traditionally used to make pepper vodka and tinctures. Also it used as a part of Tabasco sauce, hot ketchup. Whole peppers are used in borscht, soups (during cooking, and not in a ready-made dish). Ground - most often it goes into sauces, salad dressing, kefir, yogurt, sprinkled with egg and rice dishes, it is added to stews, marinades, side dishes of beans, lentils. It is good to add ground red pepper to mashed potatoes in combination with garlic and bay leaf powder.