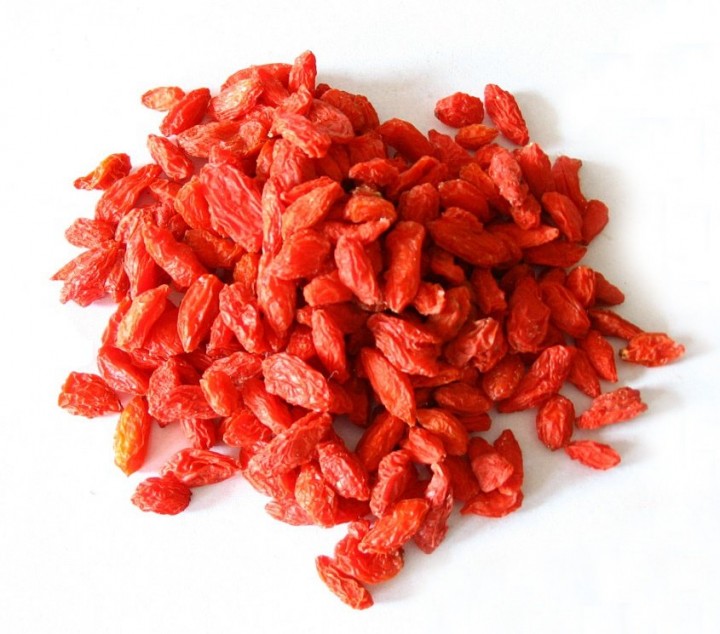 Dried goji berries have traditionally been heat treated before consumption. Dried berries are often added to rice broth and almond jelly, as well as used for the preparation of Chinese tonic soups, in combination with chicken or pork, vegetables and other herbs such as wild yam, carnivorous and licorice root.