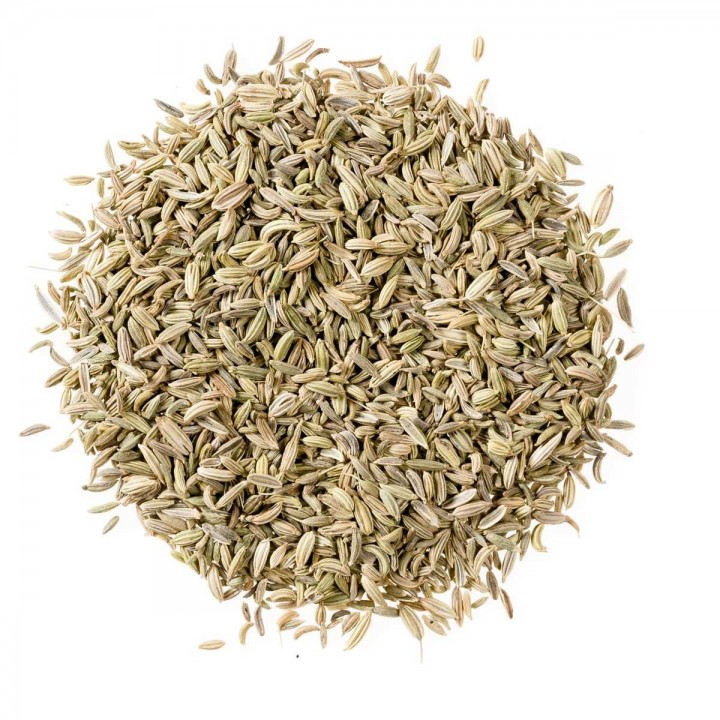 Fennel (Foeniculum vulgare) is a flowering plant species in the carrot family.

Dried fennel seed is an aromatic, anise-flavored spice, brown or green in color when fresh, slowly turning a dull grey as the seed ages.

Seeds of fennel plant are used in many of the culinary traditions of the world.

Fennel seeds are sometimes confused with those of anise, which are similar in taste and appearance, though smaller. Fennel is also used as a flavoring in some natural toothpastes. The seeds are used in cookery and sweet desserts.

Many cultures in India and neighboring countries, Afghanistan, Iran, and the Middle East use fennel seed in cooking as one of the most important spices in Kashmiri Panditand Gujarati cooking. It is an essential ingredient of the Assamese/Bengali/Oriya spice mixture panch phoron and in Chinese five-spice powders. In many parts of India, roasted fennel seeds are consumed as mukhwas, an after-meal digestive and breath freshener, or candied as comfit.

Fennel seeds are the primary flavor component in Italian sausage. An herbal tea or tisane can be made from fennel.

On account of its aromatic properties, fennel fruit forms one of the ingredients of the well-known compound liquorice powder. In the Indian subcontinent, fennel seeds are also eaten raw, sometimes with a sweetener.

Spice mix for Rice and Pasta