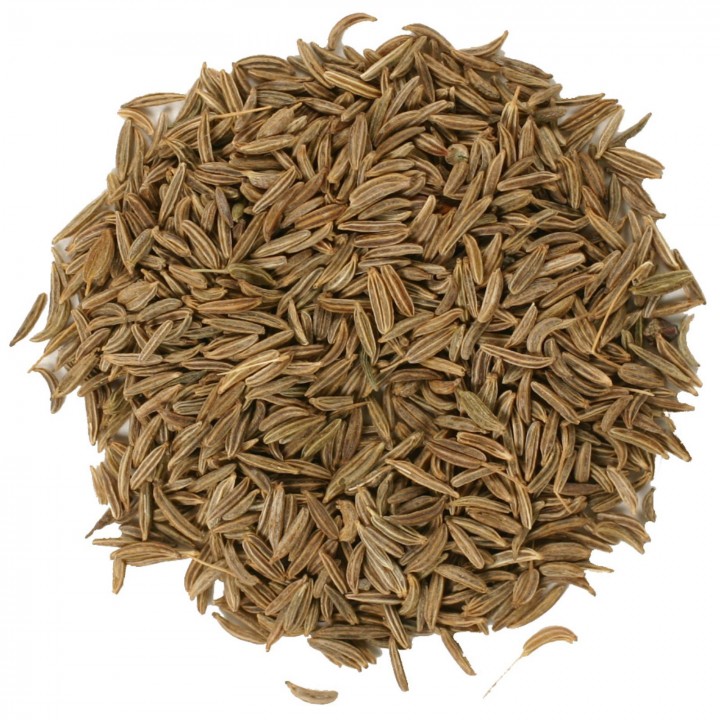 Cumin seed is used as a spice for its distinctive flavour and aroma.

In Sanskrit, cumin is known as jiraka “that which helps digestion" and is called zira in Persian/Urdu. In the Ayurvedic system, dried cumin seeds are believed to have medicinal purposes. In southern Indian states, such as Kerala, Andhra Pradesh and Tamil Nadu, a popular drink called jira water is made by boiling cumin seeds.

Cumin can be found in some cheeses, such as Leyden cheese, and in some traditional breads from France. Cumin can be an ingredient in chili powder (often Tex-Mex or Mexican-style), and is found in achiote blends, adobos, sofrito, garam masala, curry powder, and bahaarat. In South Asian cooking, it is often combined with coriander seeds in a powdered mixture called dhana jeera.

Cumin can be used ground or as whole seeds. It helps to add an earthy and warming feeling to food, making it a staple in certain stews and soups, as well as spiced gravies such as curry and chili. It is also used as an ingredient in some pickles and pastries.