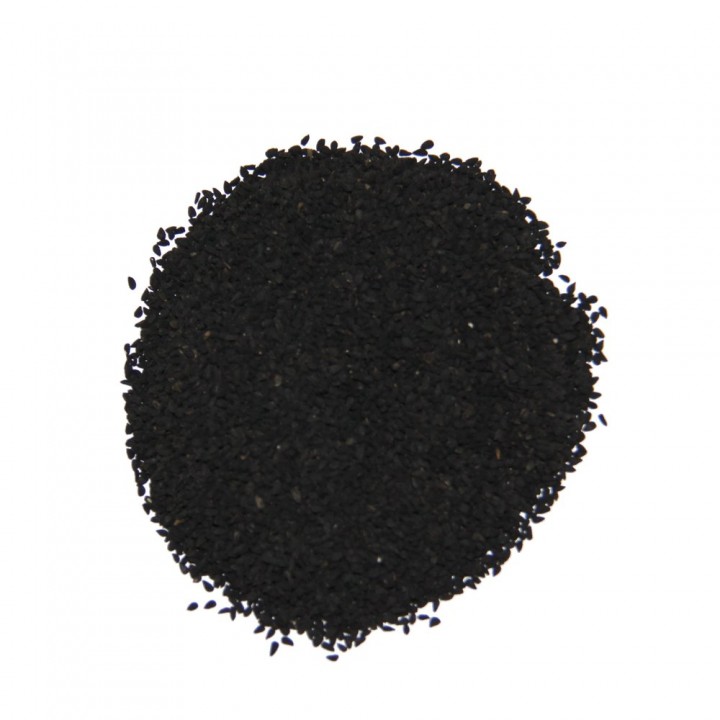 The seeds of Nigella sativa are used as a spice in Indian and Middle Eastern cuisines. The black seeds taste like a combination of onions, black pepper and oregano. They have a pungent bitter taste and smell.

The dry-roasted seeds flavor curries, vegetables and pulses. It can be used as a "pepper" in recipes with pod fruit, vegetables, salads and poultry. In some cultures, the black caraway are used to flavor bread products. It is also used as part of the spice mixture panch phoron (meaning a mixture of five spices) and by itself in many recipes in Bengali cuisine and most recognizably in naan bread.[8] Nigella is also used in Armenian string cheese, a braided string cheese called majdouleh or majdouli in the Middle East.