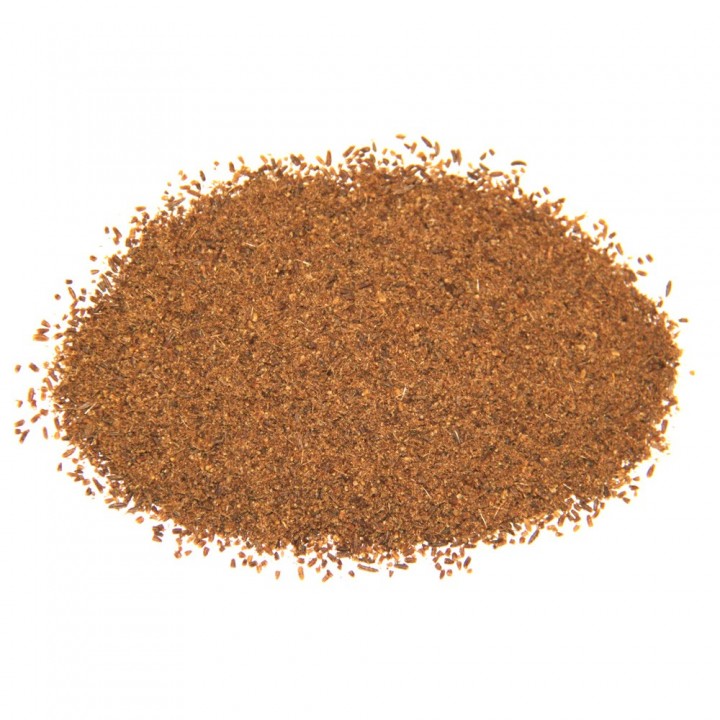 The fruits, usually used whole, have a pungent, anise-like flavor and aroma that comes from essential oils. Caraway is used as a spice in breads, especially rye bread.

Caraway is also used in desserts, liquors, casseroles, and other foods. It is also found in European cuisine. For example, it is used in caraway seed cake, and it is frequently added to sauerkraut.

In Serbia, caraway is commonly sprinkled over home-made salty scones (pogačice s kimom). It is also used to add flavor to cheeses such as bondost, pultost, havarti and Tilsit cheese. Scandinavian Akvavit, including Icelandic Brennivin, and several liqueurs are made with caraway.

In Middle Eastern cuisine, caraway pudding, called Meghli, is a popular dessert during Ramadan. It is typically made and served in the Levant area in winter and on the occasion of having a new baby. Caraway is also added to flavor harissa, a Tunisian chili pepper paste. In Aleppian, Syrian cuisine it is used to make the sweet scones named keleacha.