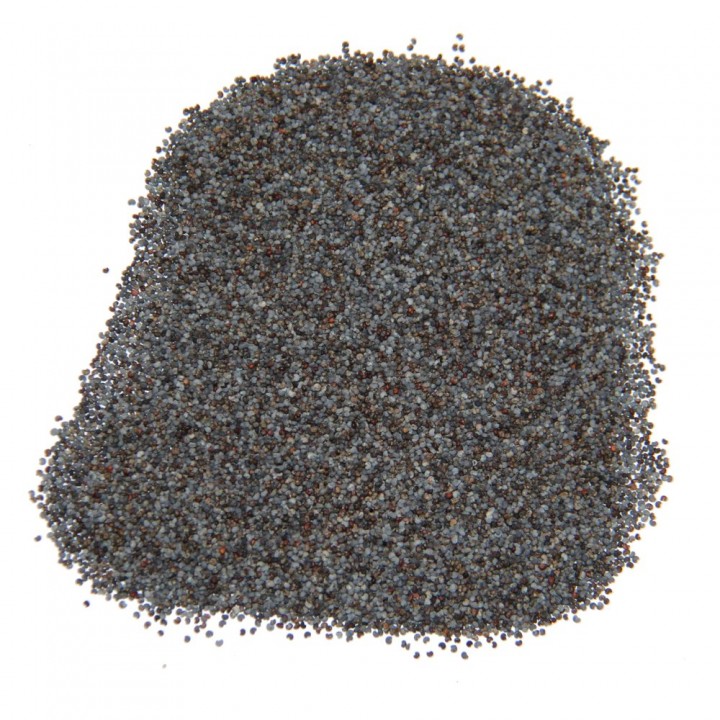 Poppy seed is an oilseed obtained from the poppy (Papaver somniferum).

The seeds are used, whole or ground, as an ingredient in many foods - especially in pastry and bread, and they are pressed to yield poppyseed oil.

Poppy seeds are used around the world in various cuisines.

In India, Iran and Turkey poppy seeds are known as 'khas-khas' or 'haşhaş' and are considered highly nutritious, mostly added in dough while baking bread, and recommended for pregnant women and new mothers

The seeds of the opium poppy (Papaver somniferum) are widely consumed in many parts of Central and Eastern Europe. The sugared, milled mature seeds are eaten with pasta, or they are boiled with milk and used as filling or topping on various kinds of sweet pastry. Milling of mature seeds is carried out either industrially or at home, where it is generally done with a manual poppy seed mill.

The states of former Yugoslavia (notably Macedonia and Serbia, but also Croatia and Bosnia) have a long tradition of preparing poppy seed pastry (strudel, baklava, pajgle) and dishes (pasta with poppy seeds).

Polish makowiec, Slovak makovník, a nut roll filled with poppy seed paste
In Poland, Lithuania and Eastern Slovakia, a traditional dessert is prepared for the Kūčios (Christmas Eve) dinner from poppy seeds. They are ground and mixed with water or milk; round yeast biscuits (kūčiukai in Lithuanian; opekance or bobalky in Slovak) are soaked in the resulting poppy seed 'milk' (poppy milk) and served cold.